AirSelfie is a pocket-sized drone that allows the process of taking selfie shots or group photos to be shifted to a whole new level in that it helps to capture wider areas of the surroundings instead of clicking a picture by just holding the camera at arm’s length. In short, it is a flying camera that is easy to use but presents with many superior functions.

Made of lightweight aluminum and weighing 61 g, it is small and is just about the size of a deck of cards. It can be carried around in a phone case. The combo case with the phone is slightly thicker than usual. Therefore it is best to carry it around only when pictures are to be taken. Currently, cases are available for the following phone models: Samsung Galaxy S7 Edge, iPhone 6/7 and Google Pixel. Most of the eCommerce sites are giving a wide range of deals on mobile phone accessories online. The cover also acts as a charger when the camera is slipped into it. 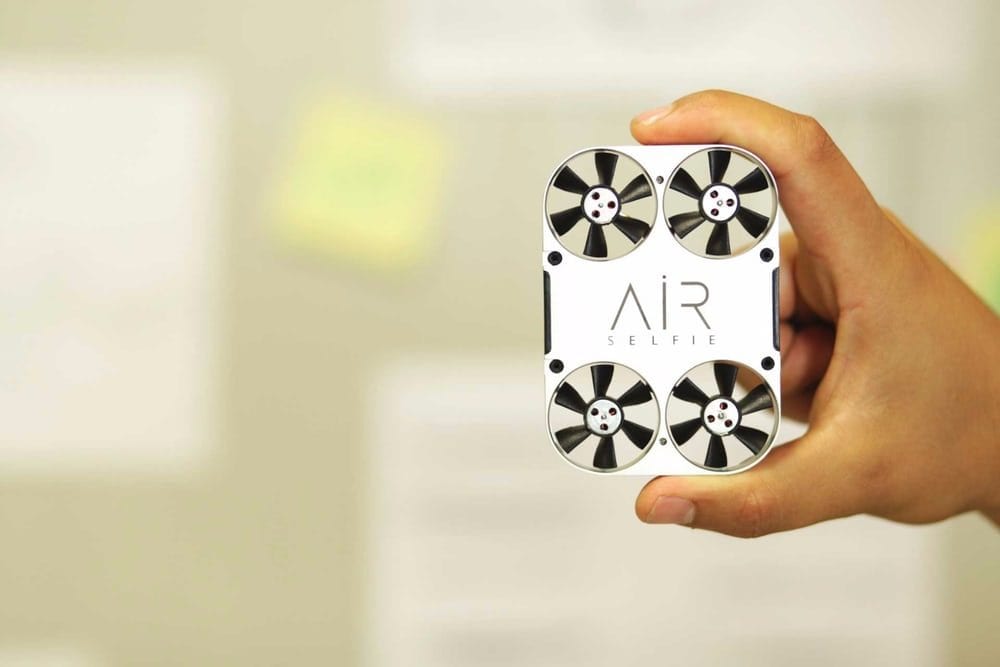 The AirSelfie is powered by specific Android and iOS apps. The app is user-friendly and requires a minimum amount of time for study and use. The drone can be slid off the case, fly and shoot videos and photos and land safely. The different modes of operation are the flying mode, selfie mode and the selfie motion mode. The snaps can be timed for up to 10 seconds. The drone can then take multiple shots which can then be shared on social media.

The AirSelfie has a 5 MP camera that helps to shoot sharp pictures. As soon as it is switched on, the AirSelfie generates its own Wi-Fi (2.4 GHz) network. This gives a wireless range of The AirSelfie is fitted with stabilization systems and this helps to generate flowing images after absorbing the vibrations that may be generated during the flight. It is fitted with an ultrasonic sensor which faces downward and helps it to hover while remaining stable. The flying drone camera is equipped with 4 numbers of micro brushless motors that have enough power to thrust the camera into the air for up to 20 meters within a span of a few seconds. The drone camera also comes with a 4GB micro SD storage card to store the pictures and videos.
The battery has enough power to keep the camera flying for up to 3 minutes. When it needs to be recharged, it just has to be slipped into the phone cover. It can also be charged using the USB cable. The time required for charging is about 30 minutes. The user can also opt for an additional power bank which allows the AirSelfie to charge up to 20 times it regular charge. This can keep the pocket camera drone flying for 1 hour in total. 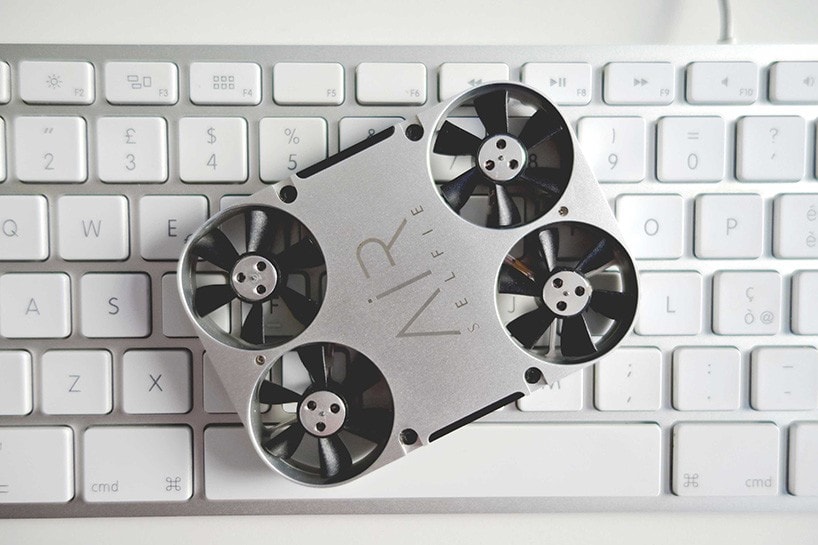 Once in the air, the drone is controlled using the app and the gyroscopes in the smartphone. The app provides a live view to help the user take a perfect shot. Once the shot is completed, the drone can simply be plucked out of the air or made to descend slowly into the palm of the user’s hands.
The drone cameras can be used both indoors and outdoors and this translates to taking superior photographs for both amateurs as well as the experienced users. The cost of the AirSelfie with the phone case costs around $285. However, the AirSelfie together with the powerbank costs about $300.
The pocket drone is expected to be released in the market in the month of May 2018. The ones who supported the project crowd-funding would, however, start receiving the drone cameras by April next year.

Do you have an idea?

We are ready to realize it!
Expertise