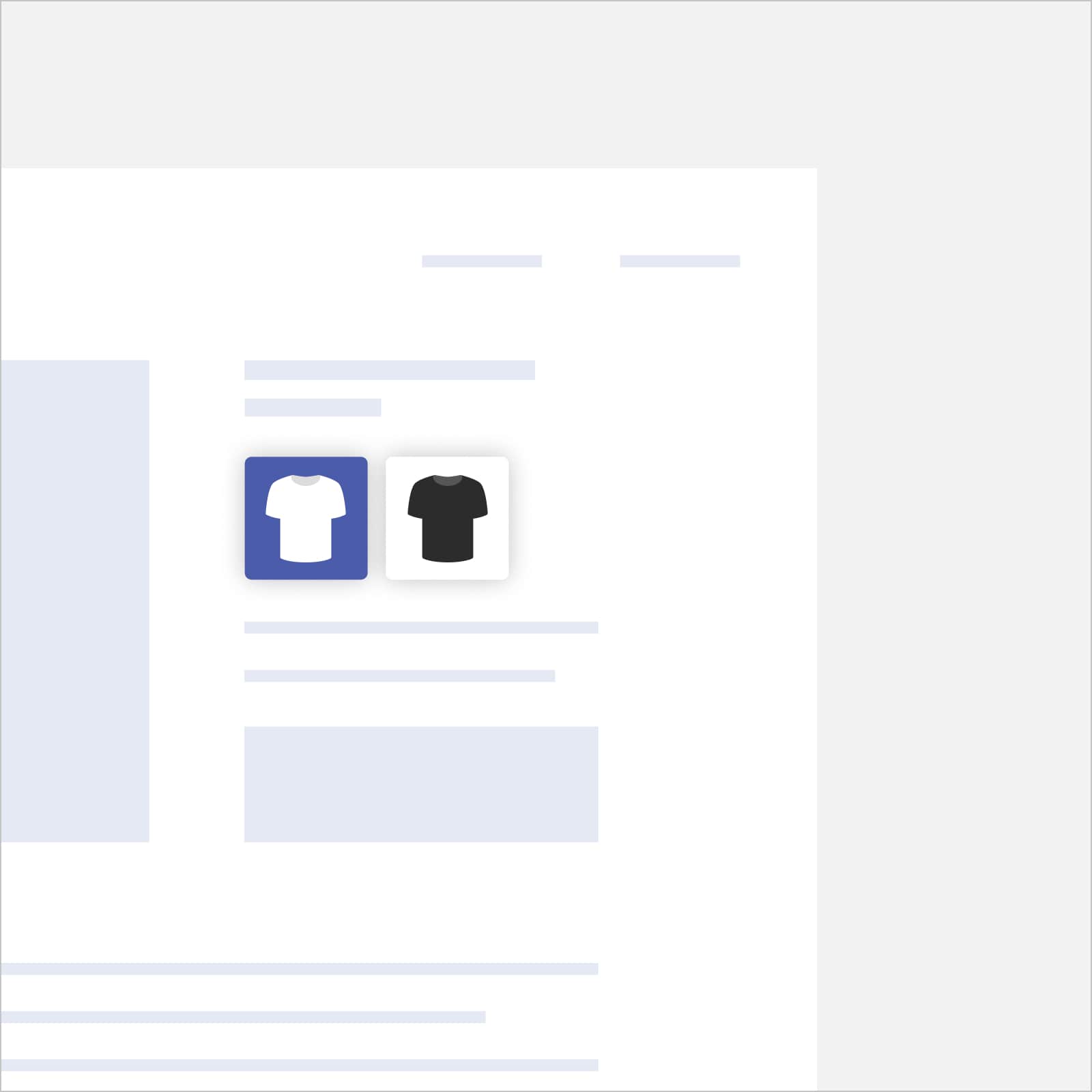 Quick
on the trigger

If you sell products available in different colors, the colour swatches option may come in quite handy, as it allows to replace the regular drop-down menu of your Shopify store with nice-looking swatches.

On Shopify you may add color swatches to products to ways: by adding some custom code into the theme, or by installing an app, although some third-party themes already have this feature built-in. The code required for displaying swatches on the page layout can be found in the Shopify Community.

You may also add color swatches on both product and collection pages, depending on what suits your business best.

There’s another variation of swatches on Shopify – image swatches. It means that in swatches instead of colors will be displayed your product images. Some themes already have this feature, but if yours is missing it, you’ll need to customize the liquid code of your store.

We use cookies to ensure that we give you the best experience on our website. If you continue to use this site we will assume that you are happy with it.OkPrivacy policy